In Norway we have this photographer, Morten Krogvold. He is a generous, passionate man that for decades has taught various photography workshops all over the world. I have attended several over the years, and this weekend I attended another one, his Oslo workshop. This workshop lasts only three days and an evening, but true to form you are expected to push yourself really hard. I slept less than three hours each of the two first nights. But even though I worked hard and was up before sunset, he was not fully satisfied with my work. He felt, rightly, that I had played it a bit safe. I had OK photos, but nothing really interesting.

Saturday evening, after 19 o’clock. He set me the task to go knocking on doors in his neighbourhood and ask to do portraits. We were supposed to be about finished shooting at this time and start printing for the exhibition on Sunday.

I bit my teeth together and set to work. In Norway, Saturday evening is kind of off limits and no-one expects visitors they did not invite themselves.

The first few said no, of course, but then I rang the door at the home of Jan Altern. Morten had said that I should tell my “victims” that he had sent me and blame him. I did and Jan let me in.

I had heard his name before, but I did not really know his work. We started talking and while we spoke I also captured a few photos of him.

He was a fantastically interesting man, and discovered we had several almost connections, and that he frequently visited Smøla, an island close to where I grew up. I stayed with him about 45 minutes taking about 10 pictures and spending the rest of the time talking.

Jan Altern is one the best artists in Norway, especially in the art of drawing, and being showed around his house and discovering his art on the walls was very inspiring. Jan took his time away from packing for a trip and watching the soccer world championship to talk with me, even though he was not fully well after a few years bout with a serious illness. His generosity and kindness blew me away.

After having disturbed him for so long, I thanked him and went back to the workshop eager and proud to show Morten my shots. I downloaded my photos, touched them up a little bit and happily showed them to Morten.

He took one look and said, “This is not good enough. His shoulder is lifted too high and that is not very flattering. Go out and do this again.”

I was blown away. Again… on a Saturday evening? I turned around, took a few steadying breaths, picked up my camera and set to work. The clock was now closing in on 21 o’clock. It was starting to get late.

I knocked on the door and nervously told Jan about my task again. He looked at me, not as happy this time but he relented, he had after all been an art teacher for several years. His football (soccer) game was on at the moment and I was interrupting.

I quickly shot a few more pictures and thanked him again, but this time I also bought his recent book “Mitt Roma” (My Rome).

It turned out that I finally had a decent shot and could switch to fine tuning my print for the exhibition.

Even better was the fact that I had discovered a new source of inspiration. I have always liked street photography and here I now had a book full of street sketches. Street photography done with a pencil, if you like. And very well done too.

So thank you Morten and Jan. Morten for kicking me out his door, and Jan for letting me in his for a few minutes on a Saturday evening in June. 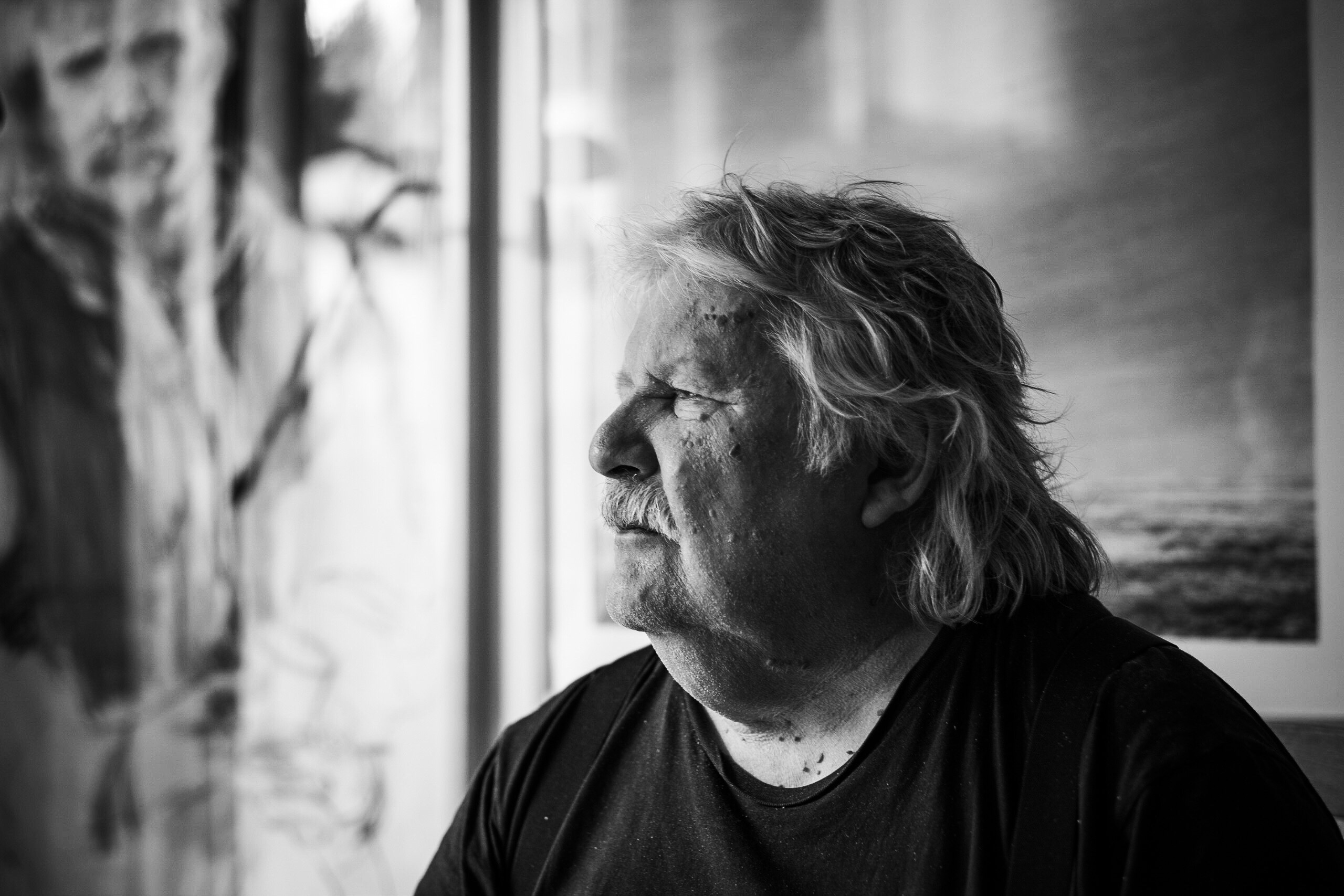