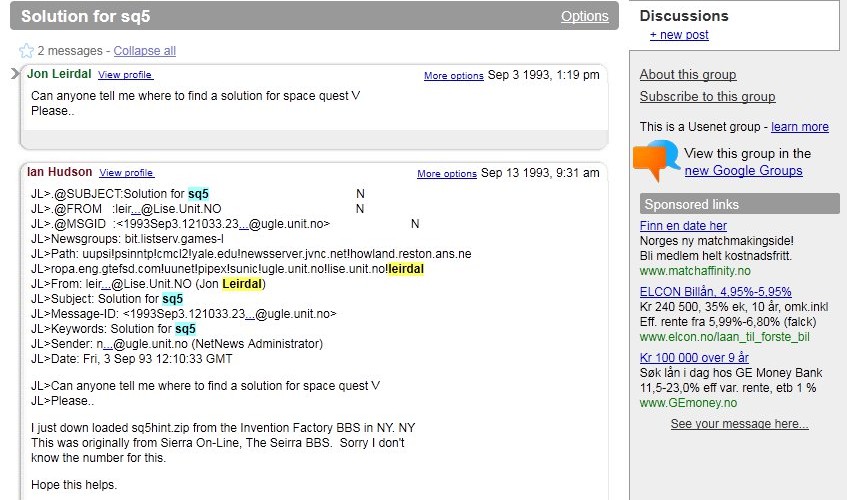 I am aware that I might be a bit more geeky than most people, but there are a few benefits to this. Yes, I might be using a bit more money on gadgets and things than most, but I find that I enjoy exploring new possibilities.

I have tried to analyse my online visibility, and when doing that I realised that there has been a while since I started using some of these social sites. Among else I rediscovered my very first twitter message back in May 29, 2008.

Trying to be on top of all I need to do today. This image was captured using my mobile phone on the way to work back in March 01, 2005.

Sadly I have removed some of my first attempts at blogging, but this is the first blog-entry on this site back in July 11, 2007.

But it is when I trace up this little gem from 1993 that I realise that I have been online a few years.

Update:
I found some of my blog from way back in 2003 on waybackmachine.org